Draw what you see

Best activity for your team building

Draw what you see if one of best communication and creativity activity, for team building events that can be conducted anywhere, outdoor or indoor. In this game, each team will split into 3 groups: The messenger must communicate properly to the mimic team, The mimic team must use their creativity to pass the message to the drawer and the drawer must be a great listener, so the team can maximize its chance to win this best team building activity. 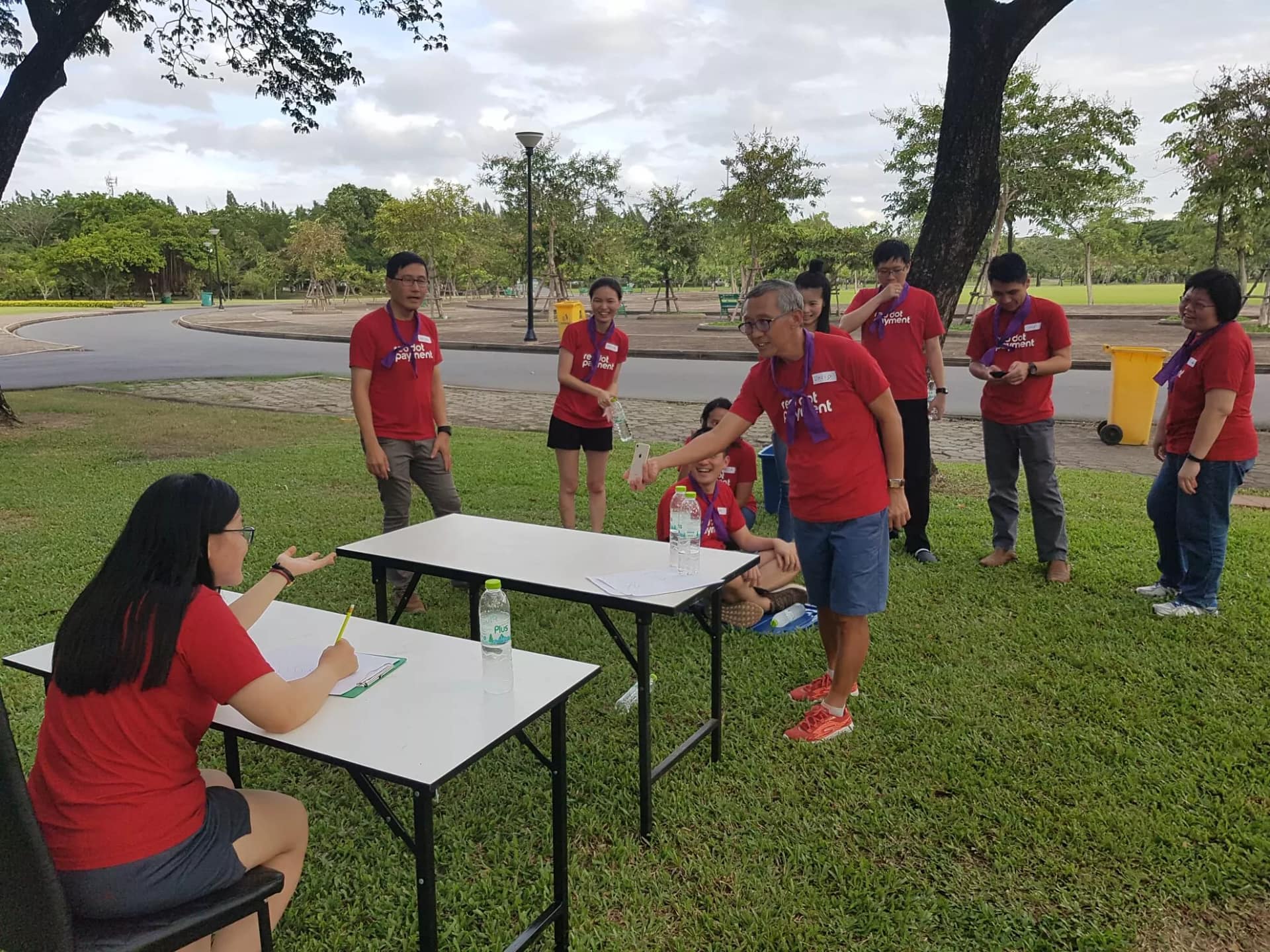 Draw what you see is one our favorite team cohesion exercise and might be considered as the best team building activity.

Drawer: He is staying far from the rest of the team, he cannot hear for the game, just see what the others are mimicking. He must reproduce as close as possible what he seems to understand from the Mimic team. He cannot talk or hear anything. But when he thinks he is close enough to the marker picture, he can raise its hand and the messenger go to check his drawing to let him know if he is on the right path (say ‘’hot’’ or put thumb up) or if he took a wrong direction (say ‘’cold’’ or thumb down, without any additional clue). This best team building activity needs a good listener to be the drawer.

Messenger: He is the only one who can see the picture, he has to memorize it and explain it the rest of the team, so that they can mimic the picture to the drawer. The messenger has the right to talk and he can go to see the marker picture as often as needed and communicate properly to the mimic team (without the drawer able to hear anything). He will also go to see the drawer when this later raise his hand in order to let him know if he is in the right direction or not (Thumb up/down). The messenger got a crucial role in this best team building activity.

The mimes:  As a team, they have to mime the picture described by the messenger to the drawer, with as much details as possible. They can talk to the messenger but make sure the drawer cannot hear anything. The best team building activity would not happen without our precious mimes!

The marker picture is placed at the center of the place and is the same for every team. One messenger is designed by each team to go to see the picture. They will also appoint one drawer. When the messenger has seen the picture, he will come back to his team and he will have to explain to them what he has seen. The drawer will not be with them, he is waiting for the next step: his team will have to describe to him the picture only with moves (no sound at all)! We consider this the best team building activity as it mixes creativity, collaboration, communication and a load of fun!

When the drawer think that he has finished (or he is close enough), the messenger can go and check. The messenger is allowed to say “cold” or “hot” (or thumb up/down), in order to give an idea to the drawer if he is close or not to the original picture and make sure the drawer takes the right direction. The teams have to add as much details from the picture as possible, they will be judged on this criterion!

This team building exercise is very successful at combining communication, creativity and fun through a single activity involving a whole team with persons with different roles in the project and can be compared to the role of each employees in your company, each function representing a department, which makes it the best team building activity, according to us. Check this communication and creativity activity during your team building event to found out the best roles of each employee and their ability to communicate properly and efficiently with their pairs. If you are still unsure whether this is the best team building activity for your group, contact us to discuss it in details! That’s what make the difference between companies, has the biggest impact on success and what you should definitely focus on.
The willingness of your teammates to work as one and help each other will make it easier to achieve any deadline.

All this activities focus mainly on it and should be an important part of your next online team building.

Bring them closer to your company values

This is the right moment to do it, as they work together and share a common objective. They focus on achieving the same goals which makes it easier to implement your core values.